Azurae Windwalker is a Visionary Healing Shamanic Artist and Healer from Virginia’s Blue Ridge Mountains. Azurae is also a 35 year teacher of Practical Shamanism and Nature Spirit Energy Medicine. Her mission as a healer/teacher is to gently guide and inspire her students to access their innate talents for healing, intuitive wisdom, way showing and Earth keeping.

As a shamanic artist Azurae draws inspiration from her American Indian heritage, the Spirit in Nature and her spiritual artistic guides. She designs totemic petroglyphic art, Lifeforce Shield Protective Amulets and other shamanic art that is wonderfully energetic, mysterious and healing. Her work is collected by an international clientele.

Artist’s Statement: “Shamen were the first artists. They created their art to benefit, help and heal their community. I seek the same purpose." 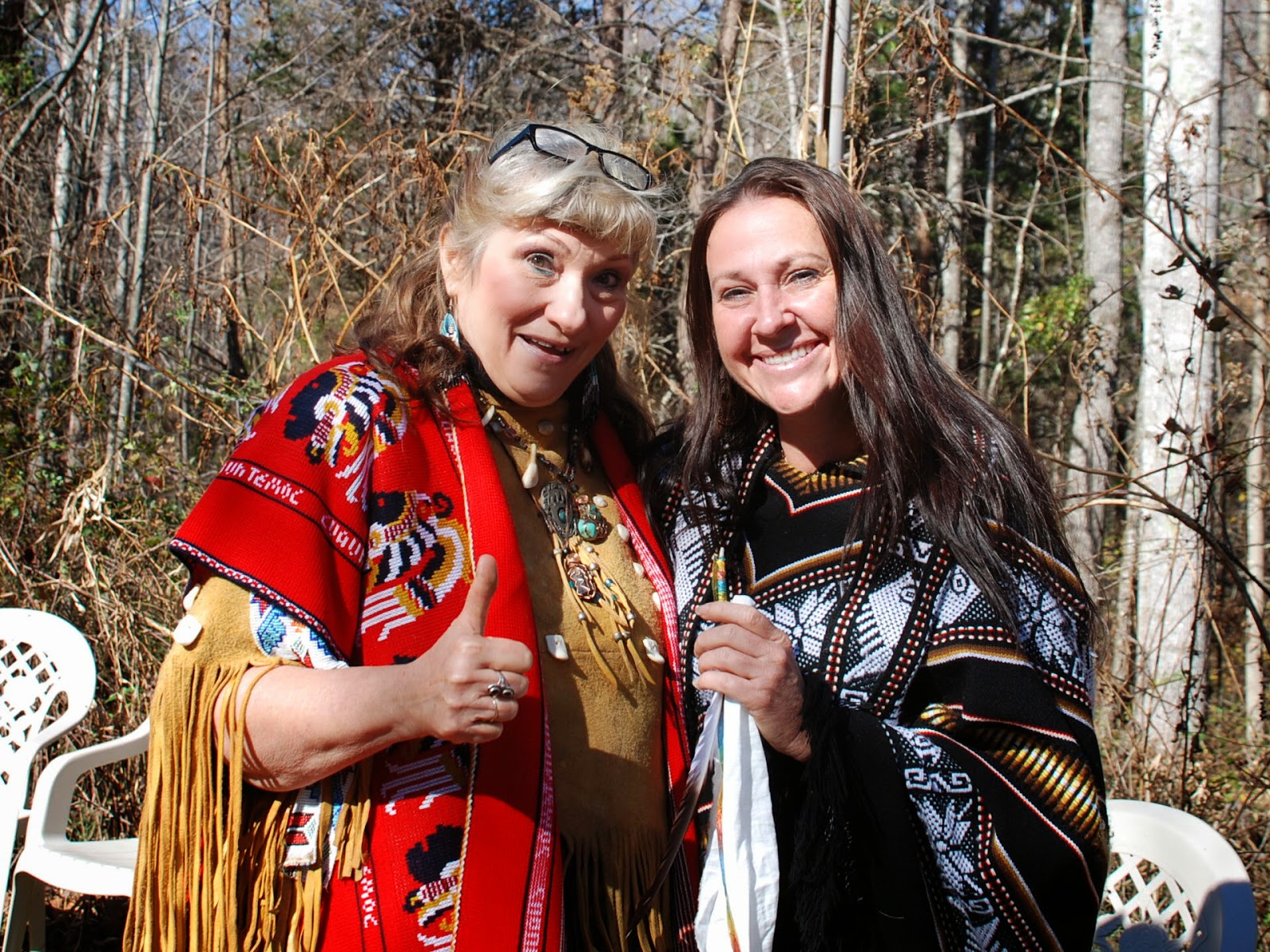 The Fall Harvest Ceremony was full of miracles both great and small.  I could feel the medicine begin way before the event. For example during the week before we had six lovely volunteers help prepare the land and barn for the festivities. It is my constant prayer to have the resources in ordinary reality and from other dimensions to get the job done and we had this in spades. Thank you Spirit!!!!!!!!! 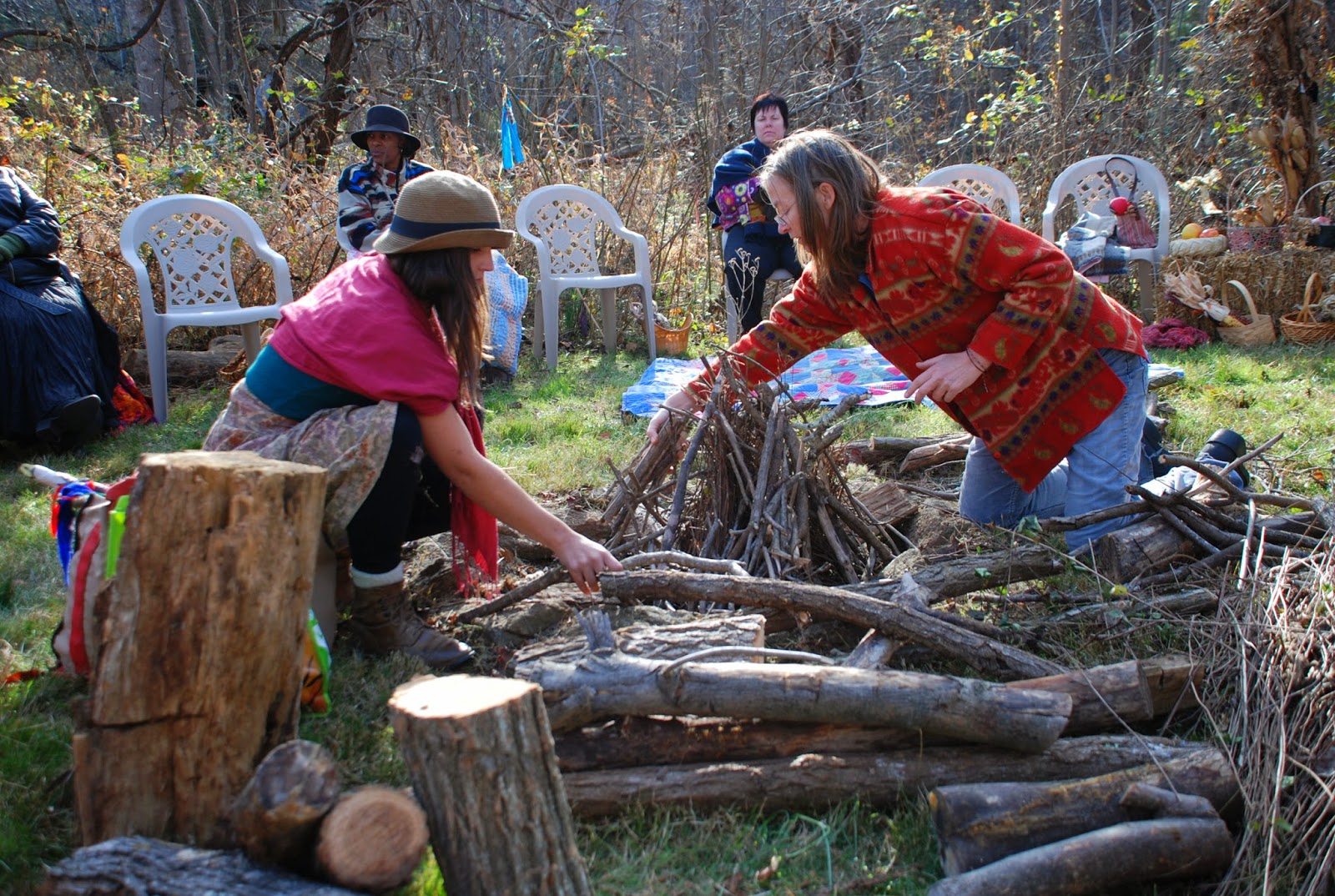 First Miracle…. The senior members of the Council called in the directions with me and to our amazement the wind blew in from each direction as we prayed.  This is real big medicine!!!!!! Like Grandfather William Commanda used to do!!! And a portent of things to come.  Second miracle…..Also two hawks played around the circle as we called on the directions with hawk feathers!!!!!!! It’s very unusual to have hawks so close because the multitude of crows that live here usually chase hawks off ASAP. 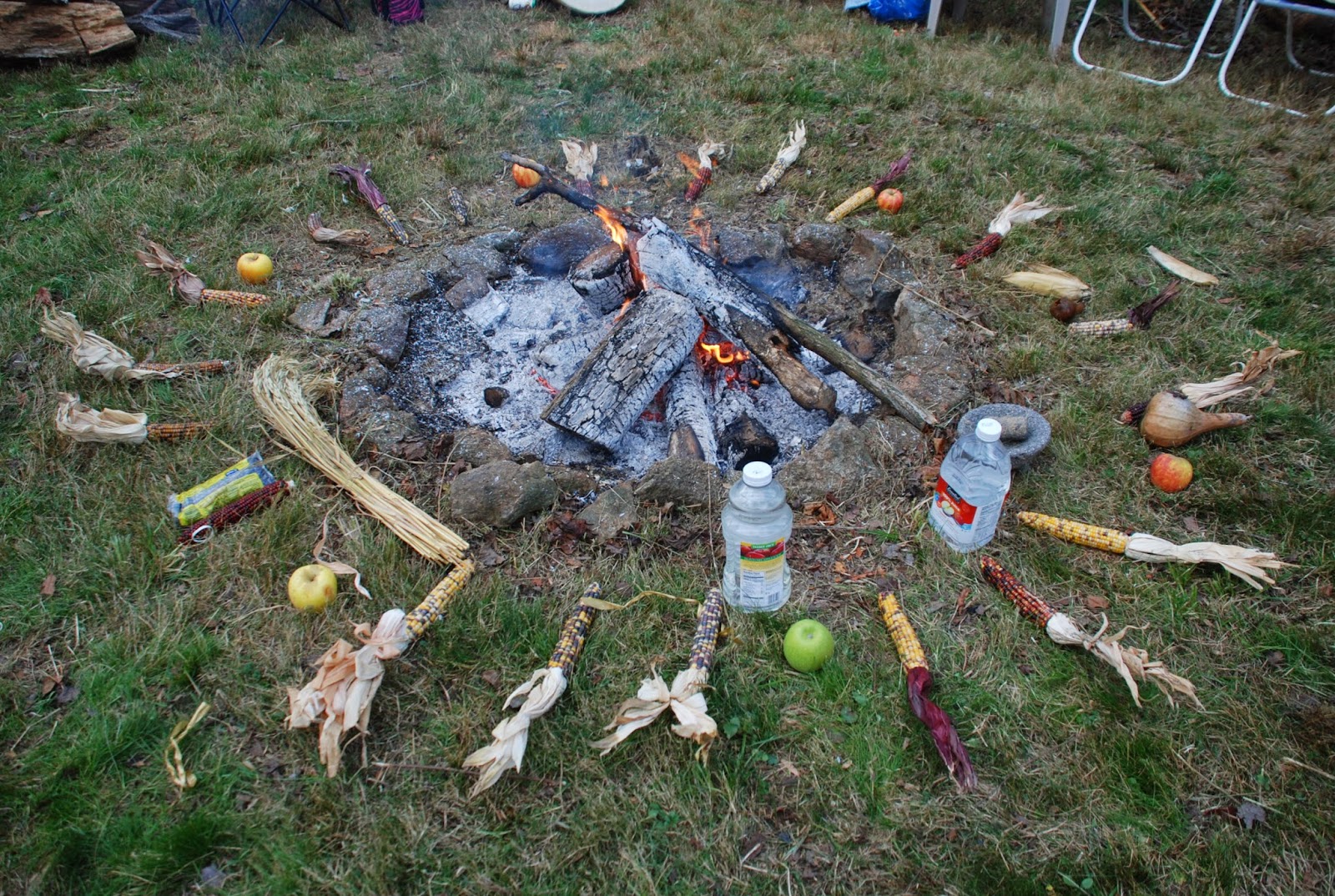 Miracle # 3…. We had no purple cloth for the Spirit Within…Divine Center….the Christ Consciousness. For some reason I asked Penny if she had some…. Amazingly she did as it was left over from a quilt that Lori just delivered to her that day.  Now how many people have purple cotton cloth in their cars???? Come on!!!! 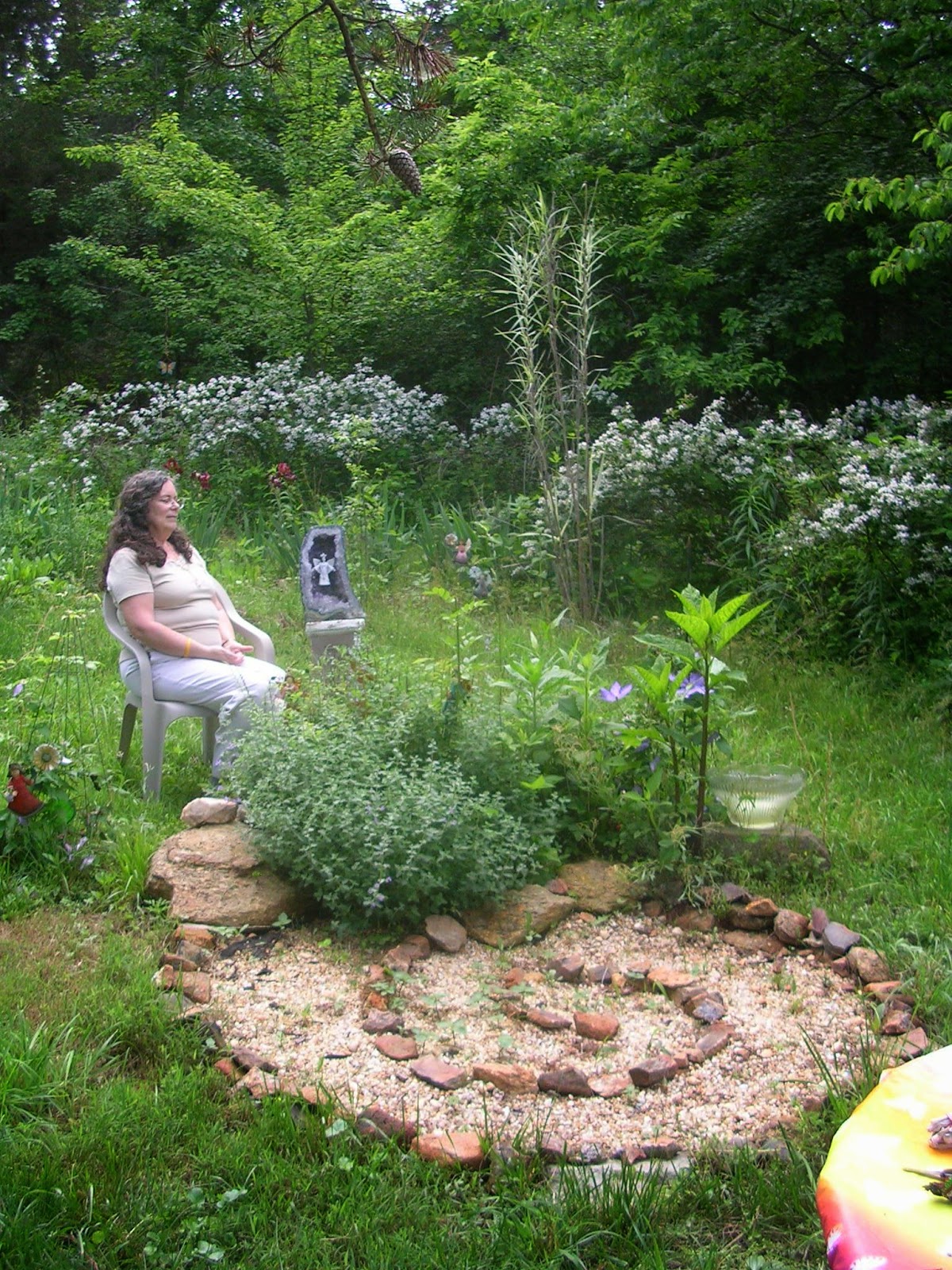 Next we went to the Amethyst Angel Meditation garden for the Dragon attunement and radiation clearing way for the Pacific.  We sang a few warm up and calling in songs to build the already very high energy.  We called in the eco-dragons of the directions there and Mary Ann Walker channeled a harp tune for each one. Very effective!!!!!!! A number of folks heard other drums besides ours. We were so honored for Rev. Grandmother Diane Elliott to return to the circle after a long absence. She told the best the creation story I’ve heard as well as the story of the tree sisters, corn, beans and squash. Fourth miracle…We distinctly heard an Eagle Bone whistle! This is a big time blessing from the Bird tribes. 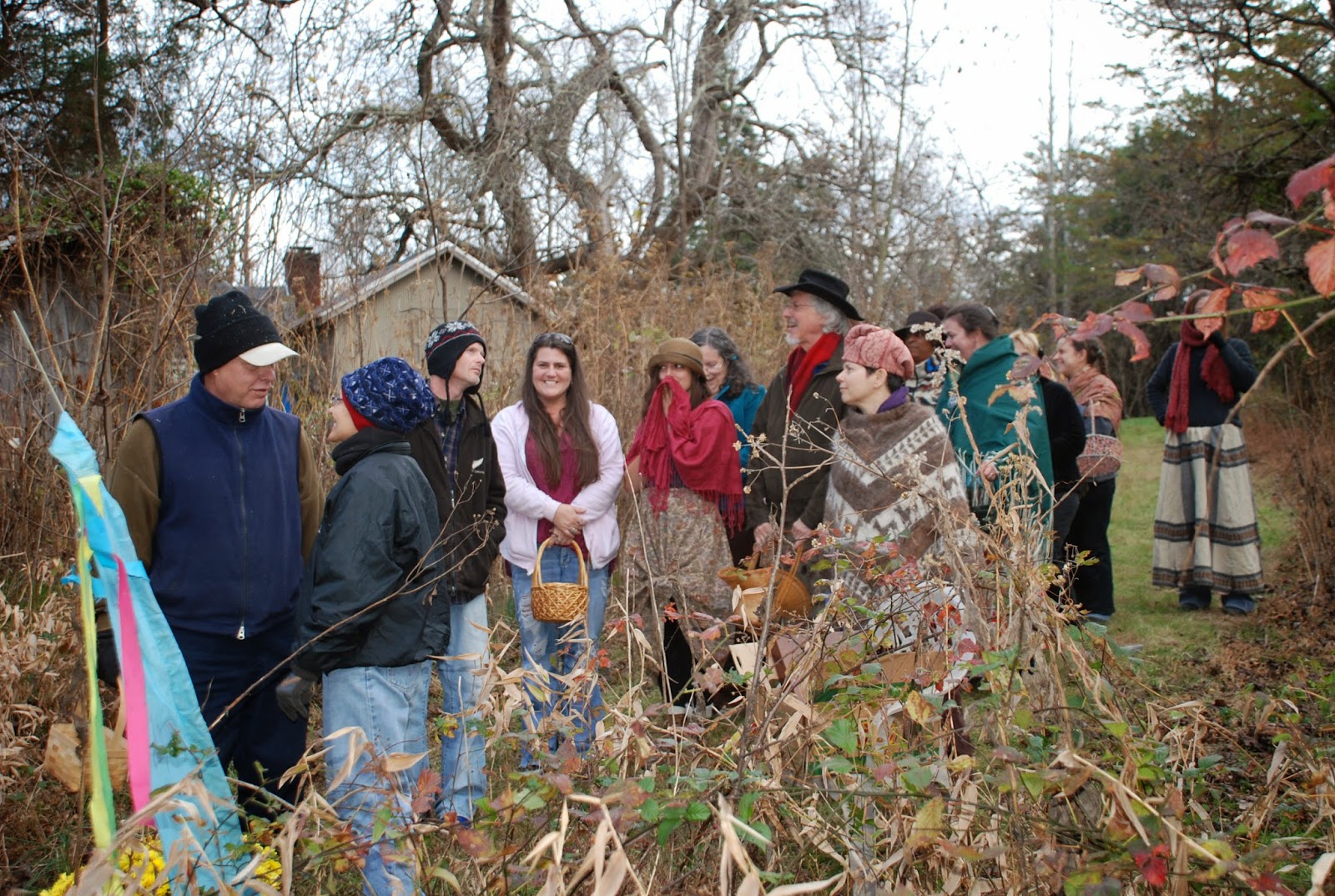 Our intent for working with the Eco-dragons is to build a cosmic cloud…or morphic field of the Pacific being cleared and in pristine healthy condition. Then ordinary reality can be built from the realm of spirit that we seed with our intent.  We powered up first and protected the area with a corn boundary as well as the blue bubble. In the journey I led we each met a dragon guide and with his/her permission merged with him/her. Some participants actually looked thru the dragon’s eyes… a very advanced technique. Penny Best, who is our Dragon Queen, then completed the journey with what she was seeing as the dragons played with us.  Following this all 18 earth keeper participants experienced the White Light Brotherhood Dragon Attunement so that they could continue to work at deep levels with the Eco-dragons for Earth keeping. Then we made our way to the Serpent Mound Rug and walked to the spot on it that felt he best. It is marked with the sacred stages of soul evolution. We called in our dragon guides, merged with them and asked that the dragons work together in threes and fours to neutralize the radiation.  At the end everyone felt very successful in this adventure.  Every person in the group had a very powerful and clear experience. Our eco-dragon work will continue.  As we earth keepers the eco-dragons are our greatest allies! And there will be many opportunities coming up for us to exercise our skills. 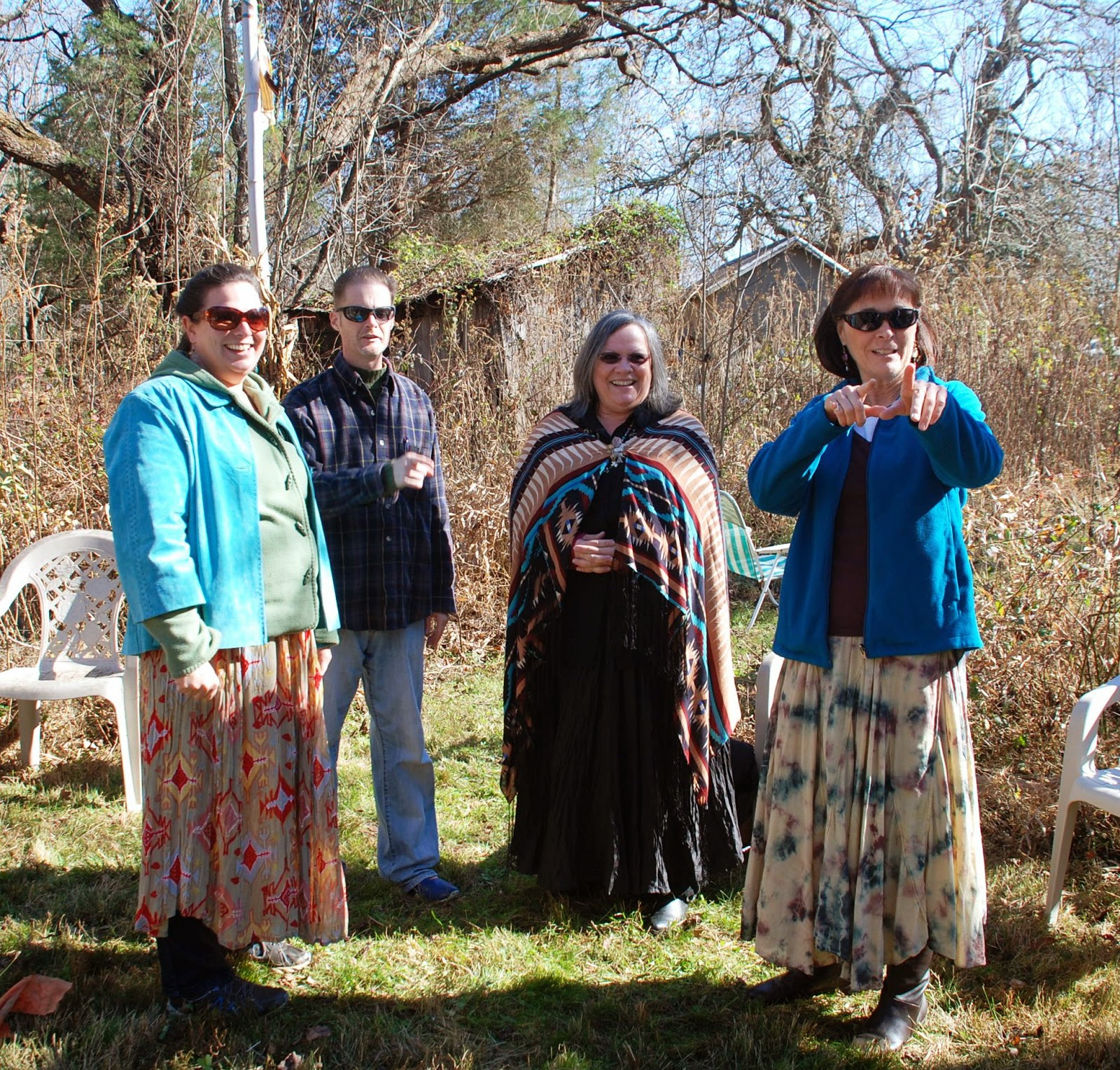 Next we moved to the ceremonial circle.  There were 23 of us by that time.  Penny spread the corn meal around the circle for blessings and protection.  Graduated apprentice, Polly Branch, our fire keeper, led a crew in gathering our seven woods and building the ceremonial fire.  She then built a cornmeal medicine wheel in the fire pit and prayed tobacco into each direction of it. Then the directional logs are set, the wood is piled up and lit from each direction. It burned wonderfully and warmed us up considerably. The calling in and healing songs and drums were powerful. We learned a new song which really rocked! We passed the talking stick and each person told of their experience in the dragon journey.  Fifth miracle…..About that time I looked at the fire and a strange looking stick had morphed into a dragon complete with eyes that opened and closed!!!!!! Vivya got some great photos of it. 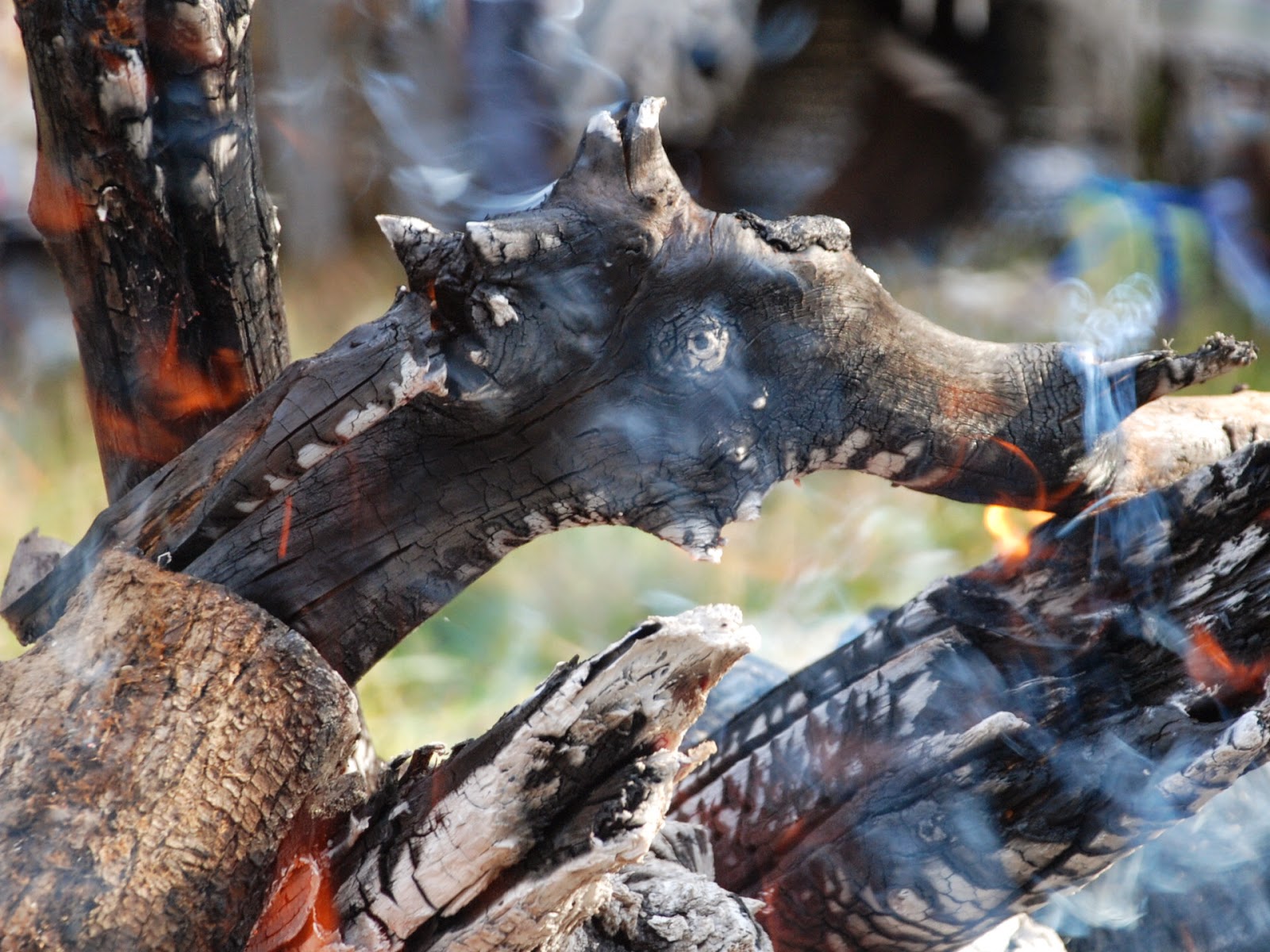 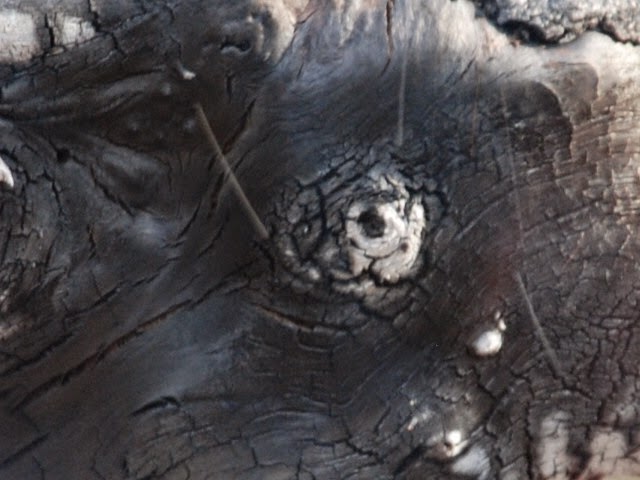 Finally it was time to do the harvest dance. Sixth miracle…..As we waited in line an eagle flew over and called!!!!!!! Too much!!!!!! This year we danced around not only Indian Corn but also, apples, herbs and squash singing an ancient Cherokee green corn song. It is a couple’s dance where you pantomime picking up the harvest and putting it in a basket. Finally you really do get to fill your basket in a mad scramble amid lots of laughs. What fun we have! Holding our overflowing baskets we spoke words of gratitude for our blessings.


Then we sat back down so each person could put their own tobacco prayers in the sacred fire. And we did some distance healing for loved ones by visualizing them in the fire. We sang Wane Ho our traditional Seneca closing healing and blessing song and our silly Circle of Love closing song, finishing with woops of joy and hugs all around.

Then we opened up the blanket for the giveaway.  It was the best selection of gifts ever and as usual the synchronicities abounded. Each participant must tell why they brought their spiritual gift, what it meant to them spiritually and the receiver must tell why they picked the gift. It’s our way of exercising the laws of reciprocity and abundance.  This is the true meaning of our harvest in the garden of life. Plus its lots of fun too. Finally our ravenous crowd chowed down on the best pot luck ever! We were happy campers.


Later we found that Shaman Manin and crew had been working up on the Peaks of Otter and had hit an energy wall causing them to stay there rather than making it to the ceremony at the Amethyst Center. The Peaks are our relay stations to the Amethyst Bio Grid which we have built all over the world at sacred places. It is now 63 points strong.  Seventh Miracle….without any verbal contact with us, they built a grid which helped broadcast our work around the world even better!!!! 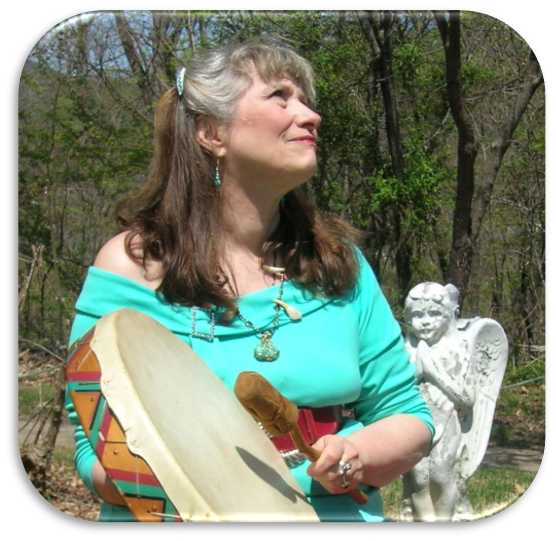 To find our up coming events and workshops
click here 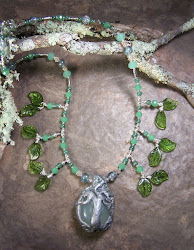 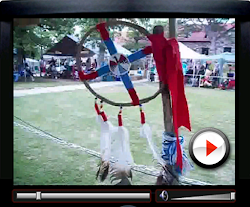 Listen to drums and feel the energy build